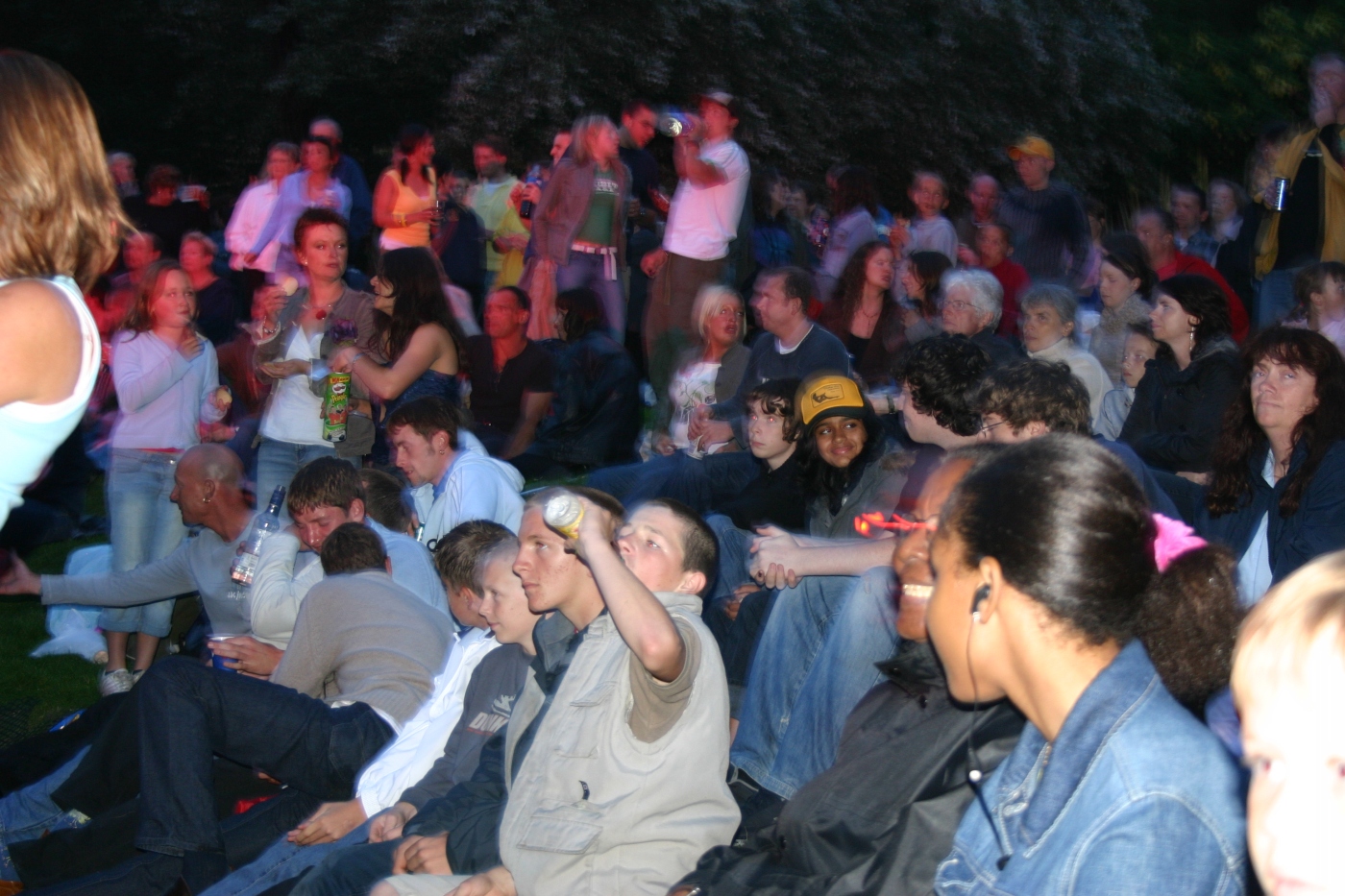 Has the backlash against social media begun? That might be wishful thinking for those concerned with the negative effects on human consciousness. Then again the fact that this health concern is now being regularly expressed may itself be part of a turning tide.

While it’s true that Facebook numbers have not entirely collapsed in the light of the Cambridge Analytica scandal, its shares have fallen dramatically as stock markets worry about future revenue.

It may be fashion rather than politics that kills the site. (Look on MySpace and despair.) Though Facebook has the huge advantage of network dominance, my own young adult children tend avoid it, an anecdotal truth borne out by much deeper research from Pew among US teens, which put Facebook a poor fourth preference after Youtube, Instagram and Snapchat.

The fact that the social media pack gets shuffled doesn’t mean it’s about to go away. Social media are popular for the simple reason that they offer something enjoyable, or useful (as well as a lot of stuff that isn’t). After all this blog itself is part of the social media circus. But we need to be thinking hard about the consequences.

In his latest broadside against the ways of Silicon Valley (10 Arguments for Deleting Your Social Media Accounts Right Now) Jaron Lanier agrees that the underlying technology could be beneficial. The problem, he argues, is with the business model, through which behavioural modification is offered to anyone who will pay, bringing with it a whole bagful of pernicious consquences.

Read the book. It’s interesting. I’m not convinced that there’s anything new in advertisers aiming for behavioural modification, but his broader argument that the effects of the social media platforms are particularly, seriously (and intrinsically) harmful is irrefutable, which brings me to the real (and mostly neglected) point.

Most businesses now are rightly concerned with their corporate social responsibility, and so have policies to support sustainable environmental practice, avoid child labour and so on. You then have to wonder why they are happy to put their ad spend into social media, so actively supporting a social harm.

I suspect it’s because the reality has outpaced mainstream marketing perceptions, with marketers jumping head first into the cesspit of anonymous behavioural modification.

Indeed a recent McKinsey report glowed smugly with its finding that the most successful marketers now had multidisciplinary teams combining creativity and data analytics. I’m sure you could also show that using child labour lowered costs and improved margins, but the concept of what might be a good “performance” here needs a wider perspective.

The rage to control

I understand the temptation to bring a new dimension of predictability to marketing activity (the promise of sophisticated data analytics); aligning activity with effectiveness has long been a concern for the sector. It’s what’s also driven the questionable promises of “neuromarketing”.

But it takes wilful naivete to act as if these gains could come without their own high potential costs in terms of reputation and eventually brand loyalty, not to mention the intrinsic undesirability of a corporation behaving badly.

All this is happening in a context where there’s a more questioning relationship between business and its customers, which in itself demands a more thoughtful approach from brand theorists.

This changing relationship has little to do with social media. It’s been brewing for many years, as businesses felt compelled to proclaim their “passion” for customer service, and their commitment to corporate social responsibility. Ironically, all too often the fact that businesses felt they had to speak of these things marked just how far they were leaving them behind.

So there’s nothing new here: commerce has always required a trade off between the costs of giving good service and the imperative to maximise margins. You could say that brand in this sense is exactly about reducing price sensitivity so you can afford to invest in good service, creating a virtuous circle of secured loyalty. But few businesses in reality have achieved this buffer against price sensitivity: brand preference can be powerful when guiding decisions in a crowded field, or when choosing between two comparable offers, but buyers rarely leave all rationality at the gate.

There’s more to be said about all this, but the net effect of a whole combination of reasons is that we have become warier of business and properly sceptical of claims made by commercial entities to care much about us, or at least much beyond the transactions that really define our relationship. Brand loyalty still exists and matters of course, based on trust in the quality of that transaction, but a rational scepticism about business motives has also become prevalent.

At the same time, and contributing to that scepticism, we’ve watched the creeping commercialisation of public space, so that more and more about our lives bears the unwanted fingermarks of the branded corporate. Then in this uneasy context along come social media with their ambiguously private spaces (am I chatting with my friends or am I doing something in public?). If this is more like a private space then businesses will not generate customer warmth by pushing their “messages” into it, but even if it is somehow simultaneously semi-public that doesn’t mean this intrusion will be welcome.

It’s problematic because the rules aren’t clear. If we watch commercial TV, or read a magazine, we understand the role of the ads there. We understand too that these ads are generic, or at least aimed at different audiences which we may or may not be part of. We know how to attend to their presence, whether we pay attention or ignore them. There’s nothing particularly worrying going on, and though with TV we might feel irritated by the intrusion, we know this is the cost of the “free” content we’re watching.

With social media it’s different, because the mechanisms through which an ad might appear in front of us are more obscure, and the manipulations going on behind that ad are far harder to read. If Lanier is right they’re also socially questionable, to put it mildly.

And just as we now look back at the behaviour of tobacco companies when the true harmfulness of nicotine was first becoming evident, and wonder how they could have been so reckless, the same judgement could reasonably fall on firms who fail to take seriously the social harm of social media: it’s one of those situations where you have to choose between being part of the problem, or part of the solution.

There’s a broader implication too. If social media conversations are in a sense conversations among friends, interrupting them with an ad is an intrusion, not a contribution. “Content marketing” is supposed to be a way of seeking permission to be part of whatever’s in the air, but in this atmosphere it easily becomes just part of the bad behaviour, cheaply manipulative, undermining the possibility of a real conversation.

The nature of the social

Here’s a paradox. It seems to be true that big (or biggish) data is a better predictor of behaviour than human interaction, at least in circumstances where crowd-led choices are in play; and as Daniel Kahneman and others have shown, we’re individually prone to error in our instinctive or immediate judgements.

But perhaps our navigation through those errors is a critical element of what it is to be a social being, a being capable of building and sustaining relationships with other beings. The effort to predict, and through it to control, may in this light be fundamentally antisocial, and as such a destroyer of the relationships whose power it wants to harness.

I imagine there’s data to show that all the ad spend on social media is proving effective (older media are certainly feeling the pain of the shift) though it’s also really hard to say how much difference the evident political meddling in social media made to any outcomes (it seems most likely to be effective at confirming existing opinions or prejudices rather than opening eyes to new possibilities). But even where the platforms claim success I wonder what they’re actually measuring, and whether there are unmeasured side effects, or will be with time.

Businesses are social, not financial constructs. Though they sometimes ignore their inescapable responsibilities to the societies in which they work (fuelled by the false and now collapsing dogmas of shareholder capitalism), the most enduring success stories do take the longer, deeper view, and seek to hold defensible ethical positions.

The force of the ethical

Marketing is not exempt from these ethical constraints. Again this should not be controversial, and is accepted in areas such as tobacco, alcohol and children’s products, whether through tight control of what can be said, or indeed a total ban.

Faced with the transforming communication landscape marketing has an opportunity to make positive choices, and not merely avoid the negative. Business in general has a trust problem, and needs to be looking for ways to repair the damage done by a few decades of increasingly rapacious behaviour. Instead of blundering about the minefields of social media companies could be using their marketing budgets to push social media themselves towards a more transparent and beneficial business model, while seeking a more honest and engaging conversation with their different constituencies (or stakeholders, or whatever you want to call them).

Because in this sense social media have already changed the rules. Business communication remains largely fixated on getting its “messages” out there, giving rise to a stultifying bombardment of slogans and soundbites which are effectively counter-productive (just ask Theresa May). But if conversation is the new black it’s more demanding than messaging, thriving on trust and likeability. And conversation demands a different language from business, which in turn demands that businesses find different ways of thinking about themselves (and not least that they stop talking incessantly about themselves).

As communicators we should and can do better than this. I’ll say more about how to achieve this in future blogs.